for a handbag advertisement

Last Days in the Desert

California Overland has provided film transportation and location services for various entities. With our unique fleet of rugged off-road vehicles that can seat up to 46 people and haul equipment in large military trailers, we can access remote areas of the incredible Anza-Borrego Desert State Park. We also have extensive knowledge of the Park and its many features and can help directors, producers and location managers find the perfect locations for their films, commercials and photo shoots.

We performed location scouting and off-road transportation services for the film Last Days in the Desert, which stars Ewan McGregor as Jesus and is directed by Rodrigo Garcia. The film was shot almost entirely in Anza-Borrego Desert State Park with three-time Oscar-winning cinematographer Emmanuel Lubezki at the visual helm as the Director of Photographer. The film debuted at Sundance Film Festival in 2015.

We have also worked with Børn Shoes, a Disney location scout, Disney animators on a camping trip, Icon Films for the Travel Channel, Raid Amazones mountain bike race, a sci fi filmmaker, Fox 5 San Diego News, a documentary film crew for public broadcast television in South Korea, a Japanese pop star and others on various film, TV and photo shoots. One of our trucks was even featured in a French war film.

Commercial for the Museum of the Bible, filmed in part in Anza-Borrego using our location & transportation services:

Anza-Borrego has been a mecca for major films and television since the 1920s due to its close proximity to Hollywood and its incredibly varied terrain that allows for many believable creative settings. For example, as you can see in the photos and videos on this page, this desert terrain is prime fodder for science fiction, Westerns, adventure, the Middle East and so forth.

Get in touch via phone or email about your TV, film and photo location scouting and transportation services, and we’ll help you affordably bring your creative pursuits to fruition.

Check out the tours that are happening this week:

Give the Gift of Adventure! 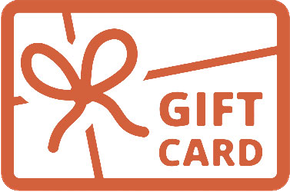 TOUR OF THE MONTH: